When I received my discharge from the US Navy (USN), it was more like a burn notice. My command failed to actually file the discharge paperwork, so even though I was walking around like a freshly bathed bluebird, I was, according to multiple government agencies, still nervous in the service.

This meant many things to include trouble with education benefits (TWEB), denied access to my online records and government savings account (DATMORAGSA), and ultimately a delay in processing my last Navy move (AUADIPMLNM).

Which brings me to my real point. I've just submitted the paperwork for my final household goods move. The military provides greater allowances for senior rank. So, a captain can ship more than an ensign than a petty officer than a seaman. Separating from the Navy as a lieutenant, I was eligible to ship, fully funded, up to 14,500 lbs. I'll let that sink in.

Over 7 tons! I can't imagine what I could possibly accumulate that would amount to seven tons. And just because I'm capable of dragon-like bauble hording doesn't mean the taxpayer should have to slip benjamins between my scales.

7 tons! That's a figure typically reserved for cocaine bust news headlines as in US Coast Guard, Navy Seize 7 Tons of Cocaine. In retrospect, the Coast Guard should have taken it easy on those poor Columbians--it was probably just some poor family in the middle of a military household goods move.

As a parting note, were I to take full advantage of the Navy's household goods move program, I couldn't cross this lovely covered bridge just north of Philadelphia. 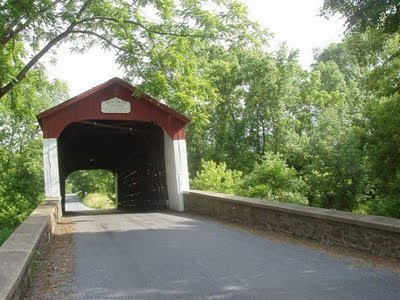