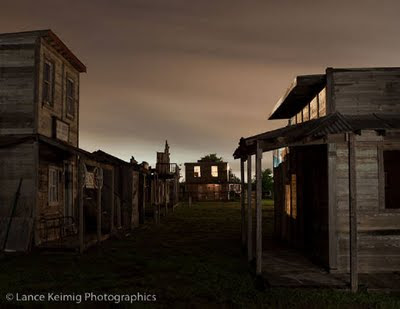 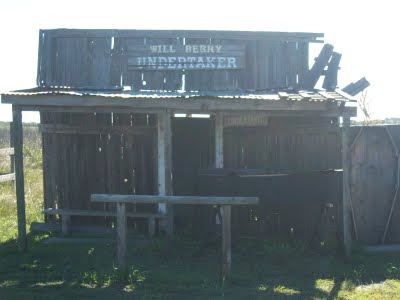 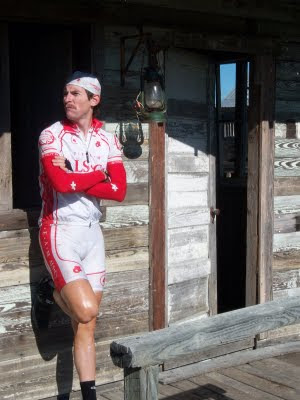 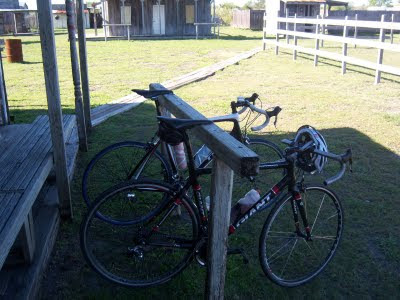 On one of my favorite cycling routes there's a sign for Ghost Town Burgers. I've never stopped in before because I've always been in the middle of an interval or someother, but today my friend Matt was visiting and we went for a gentleman's spin and stopped in on Ghost Town Austin.

The proprietor, mayor, sheriff, George, showed us around the place while Jack Johnson was softly strumming from some hidden speakers. These first two pictures are from George's website, the others are from Matt and I. George was most proud of his undertaker's sign. He used to work in the Attorney General's office and ten years ago he bought the property intent on building this ghost town. He said his goal was to put up one board at a time and, considering the trouble, it was a realistic goal. Three years ago he retired and committed himself full time to what anywhere else would be considered a charming anachronism, but in Austin is just another great place to grab a veggie burger.
Posted by bloggerz