Last Thursday, with help from my teammate Jordan, I placed 3rd at the Driveway in the Category 3/4 race. The course was the grand prix loop, run counter clockwise, which I love because it puts us through the chicane immediately before the finish sprint. It makes it so there's really a pre-sprint sprint for position. The weather was beautiful, lots of my friends were there, no one crashed, photo finish. Just a great afternoon of racing. 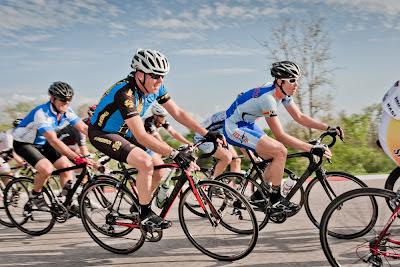 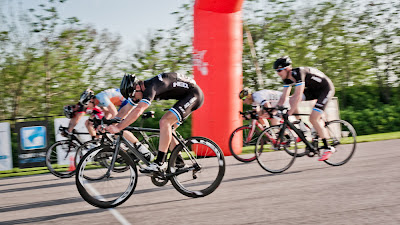 Now, I told you all of that so I could tell you this. On the ride home with my teammates Jordan and Matt, we came upon this fellow. (My apologies for the poor picture quality) 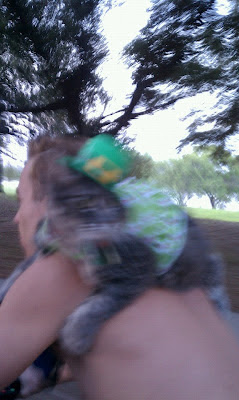 Can you figure it out? It took us a while too. It's a cat, wearing a green neckerchief and leprechaun hat, riding on a man's shoulders, as he's riding a bike.

We all pulled out our camera phones. I rode up next to him and he gave me a queer look as if to say, "What! Haven't you ever seen a leprechaun hat on a cat on a guy on a bike before?"

Thinking about it later I realized that as I was starting my final lap at the driveway, leaning through the turns, this guy was tying a handsome little knot in his cat's bandana, and positioning a small hat on his furry little head, making sure that it would stay on in the wind.

As I was standing up to sprint, and throwing my bike left and right over the finish line, he was picking out the perfect Irish-cat-backpack playlist and calling for his little Patrick to hop on his shoulders. And when I was taking a quick cool-down lap and finding my teammates, he and his festive cat were setting off together on an adventure we could only imagine.
Posted by bloggerz